Enter your City name or Pincode

Although there are several places to be seen in Agra itself, however, visiting the nearby locations on weekends add an additional charm and pleasure. Getting away from the hustle and bustle of Agra city on weekends will surely be a best idea to spend the weekends with friends and family members. Below are the top weekend getaways from Agra along with the specialty of the city and how to reach that city from Agra. 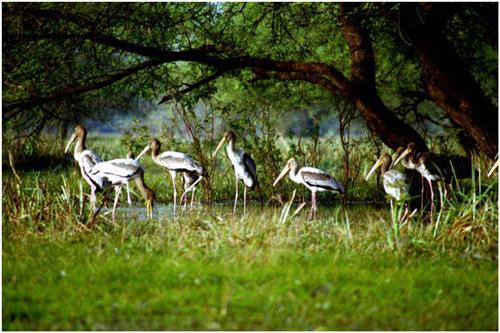 Bharatpur is popularly known for its Keoladeo Ghana National Park which is a renowned bird sanctuary and the UNESCO World Heritage. The city of Bharatpur was among the best fortified cities of India before the Indian Independence. Bird watching and viewing the fort along with bird sanctuary are the popular activities that can be performed at Bharatpur. 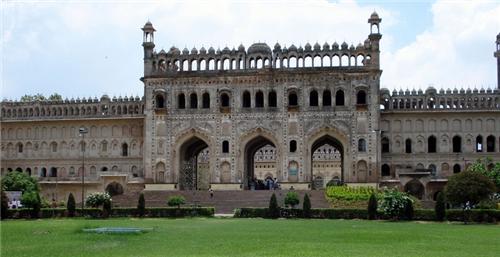 Lucknow city is the best place to spend weekends with dear ones. It is just a glance away that measures about 76 km. Visiting this place will surely give the feeling of importance because of the flow of tehzib and adab in the air of the city. It is popular by the name "The City of Nawabs". People can enjoy the special non veg foods along with the dance and poetry. The most popular heritage sites of Lucknow are Sankat Mochan Temple, Bara Imambara, Chhota Imambara, Farangi Mahal, Kaiserbagh Palace, Sikander Bagh, Satkhanda, Rumi Darwaza, Husainabad Clock Tower, Dilkusha Kothi, etc.

How to Reach
Agra city is well connected by road, rail and air with Lucknow city. As the distance is short between Agra and Lucknow, it takes few hours to cover the distance with different means of transport. Air transportation is mainly preferred by the foreign travelers. Trains from Agra to Lucknow are Agra - Lucknow Intercity, Gomti Express, Chitpur express, etc.

Gwalior is the capital city of Madhya Pradesh and is also a major attraction for tourists from all over world. It is located very close to the Agra city, and is about 122 km away as per the distance is concerned. Hence, spending a weekend in this city will be a great idea. The city is blessed with several ancient monuments, temples and palaces. The center of attraction of the Gwalior city is its enchanting Fort. Other attractions of the city are Surya Temple, Achleswar Temple, Phool Bagh, Suraj Kund, Jai Vilas Mahal, Hathi Pool, Man Mandir Palace, etc.

How to Reach
Trains are at frequent interval of time and some are special dedicated passenger and intercity trains. National Highway from Agra to Gwalior has facilitated the convenience of road transport. Taxis, cabs and buses can be availed from every popular place of Agra. Gwalior city also has an airport to provide the air transportation and visitors can reach Gwalior from Agra in a quick manner.

Alwar is located on the footsteps of Aravalli Hills and is one of the best weekend destinations for residents of Agra. It is about 168 km away from Agra city. It has several tourist places such as Silserah lake, Hill Fort Kesroli, Sariska Tiger Reserve and famous haunted Bhangarh areas along with several other beautiful lakes, glorious cenotaphs, grand palaces, and ancient temples.

How to Reach
Alwar has direct buses that run from Agra. The good connectivity of trains from Agra to Alwar promotes convenient and hassle free travel between these two cities.

Jhansi is popular in Indian history for the brave Queen of Jhansi Rani Lakshmi bai. It is one of the popular places to be visited on weekends and the major attractions of the city are its historical places like Fort of Jhansi, where Lakshmi bai fought bravely with British forces, Parichha Dam, Jhansi Museum, temples, Buddhist monastery, Rani Mahal, Barua Sagar, Orchha popular for its fort and St. Jude's Shrine, Maharaja Gangadhar Rao Ki Chhatri, Maha Lakshmi Temple, etc.

How to Reach
Jhansi city is about 223 km away from the Agra city and has direct trains from Agra. There are direct Volvo buses that run between these cities along with the government buses and privately owned taxis and cabs. Their charges are reasonable and the cheapest one among these are the rail transportation. The major trains from Agra to Jhansi are Taj Express, Swarna Jayanti, AGC JHS passanger, etc.